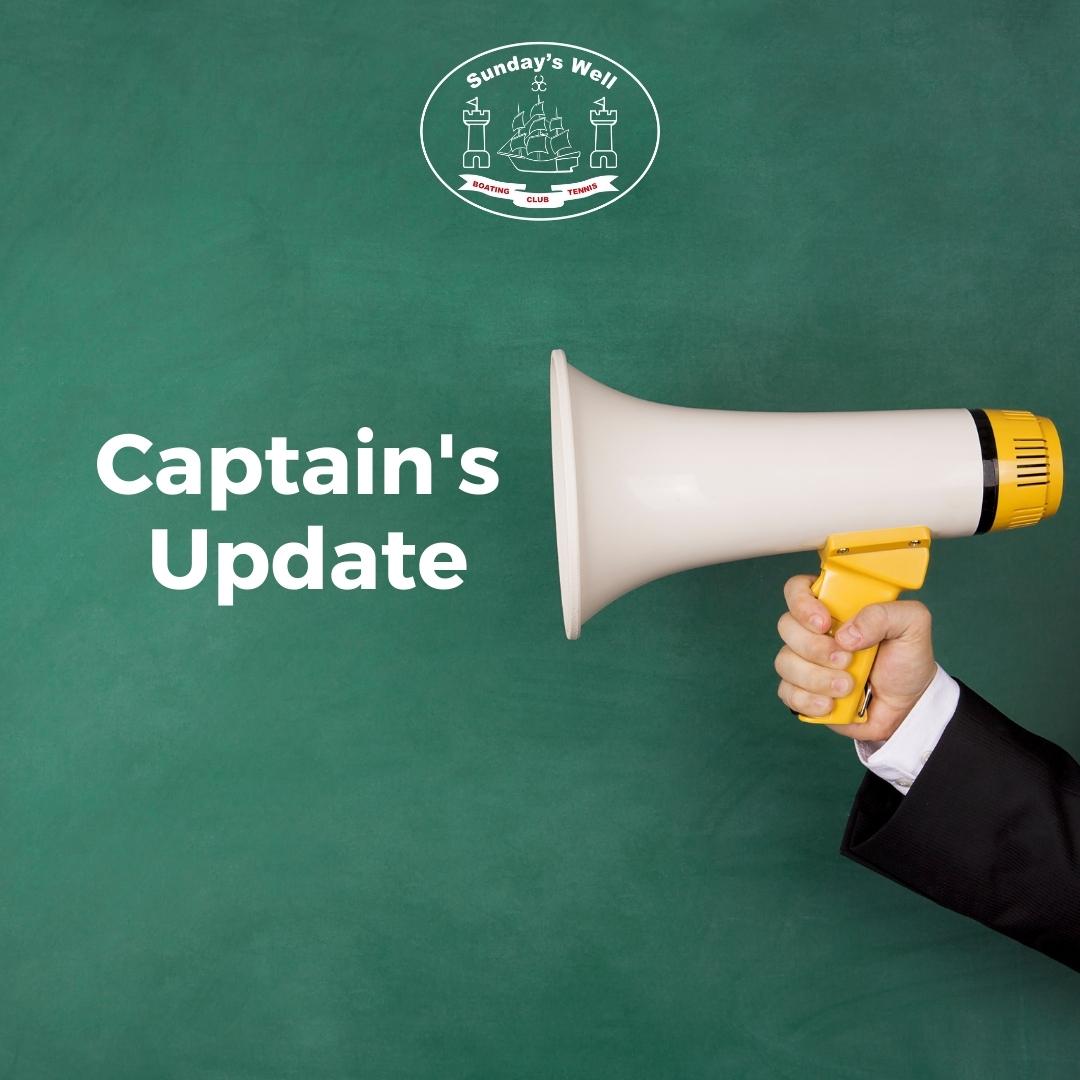 Here’s a brief update on what has been a few very busy weeks at our club….

A big thanks to Stephen McCarthy who delivered yet another successful Vets event. We had 198 participants in 44 events, and there were several Sundays Well winners.  Well done to everyone involved!

Well done to Tom Reidy, Ed Donovan, Emily O’Donoghue and Anna Clancy who represented Sundays Well in the Civil Service Cup in Douglas  which was held on the 3rd April. They were narrowly defeated by Kinsale in the semi-final.

For those who are wishing to play in the Spring Leagues, the signup is currently open and will be closing on the 19th April.  For those who do not know, the Spring league is an interclub competition usually played on weeknights.  It is a mixed double format open to all grades. The format is shorter than Winter League in that teams only play each other once and only one match is played on the night (as opposed to two matches in Winter League).  If you are interested in being considered for one of the club teams please sign up here before April 19th.

The Ladder Cup is continuing, and the finals will take place on Saturday, the 23rd April at 5.30pm and will be followed by the Ladder Cup Dinner. The event will be catered by Brook Food Services who have kindly sponsored the Ladder Cup.

With four rounds of the Internal Winter League now completed, the top 2 teams competing in the final on the 23rd April at 4.00pm are the Internets and the Court Jesters. The final for the 3rd and 4th place teams, the Blabalots and Dare Doubles, will take place on Friday, the 22nd April.  Hard luck to the Sweet Spots, who just lost out in the final round.

Presentation of prizes to the winners and runners-up of the Ladder Cup and Fionnuala Quigley Internal Winter League will take place at the dinner following the finals on 23rd of April.

Tickets for the dinner can be purchased at this link before April 19th. The dinner is open to all members, and we would encourage all to come along.

Best of luck to everyone!

Please note that this Friday, the 15th April, there will be no social tennis.  Social tennis will resume on Friday, the 22nd April from 7.15-9pm for all members.

On the 6th and 13th of May, Ger and I would like to trial a new format to social tennis.

On the 6th of May, Grades 1-4 will be invited to participate in a social game with players playing with a different partner and against a different combination in every match.  This will include mixed doubles as well as ladies and mens doubles.

On the 13th of May, Grades 5 and 6 will be invited to participate in this social game, again, with players playing with a different partner and against a different combination in every match.  This will also include mixed doubles as well as ladies and mens’ doubles.

There will be a limit of 24 players per session, to allow for all members to participate, and continue with the usual social tennis.

We hope that you will all support this, and we can make it a success and continue it on a regular basis.  We will send sign up instructions closer to the time.

Munster Senior Open will be held in the club from the 9th – 18th June. This year, we are again aiming to release the schedule in advance of the tournament. This is the same approach that was taken in 2019. This means that the entry will open much earlier than might be expected. At the moment, we expect to open the entry at the end of April/beginning of May. We will notify all members closer to the time as to the exact time.

This tournament kicked off at 12.30 today for the under 8/9/10’s and at 1.30 for the over 10’s.  There was great tennis throughout the afternoon in beautiful weather conditions.  Congratulations to the winners and to all of the junior players for taking part.

The juniors had a very successful day in Carrigaline with an all Sunday’s Well Plate final.  The Sunday’s Well B team narrowly defeated the Sunday’s Well A Team.  Our KBS Team defeated Lower Aghada in the Plate Final.  Well done to everyone for being in the final and representing our club so well.

A reminder that our junior close is on Friday 20th May to Sunday 22nd May.  I would ask you to encourage your child/children to play in this as it is important for them to play in a form of competitive tennis.

You can access all of the Junior Events by clicking this link. Junior Tennis.

A reminder to keep a regular check on the Club Facebook/Instagram and website for updates on all activities. The full list of events is available on the events page of the website. Clicking on the title of an event will give you details of the event or the sign-up sheet, if there is one. The Tennis Ireland Calendars for 2022 are available at this link.

Wishing you and your families a wonderful Easter!